To learn more about how

KLM Auctions can help you with

your next benefit auction or charity fundraiser, simply call or email us: 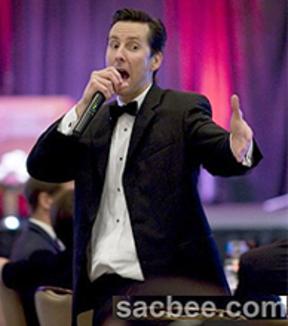 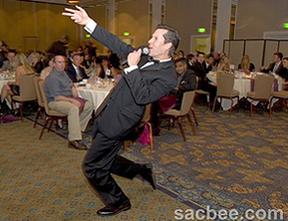 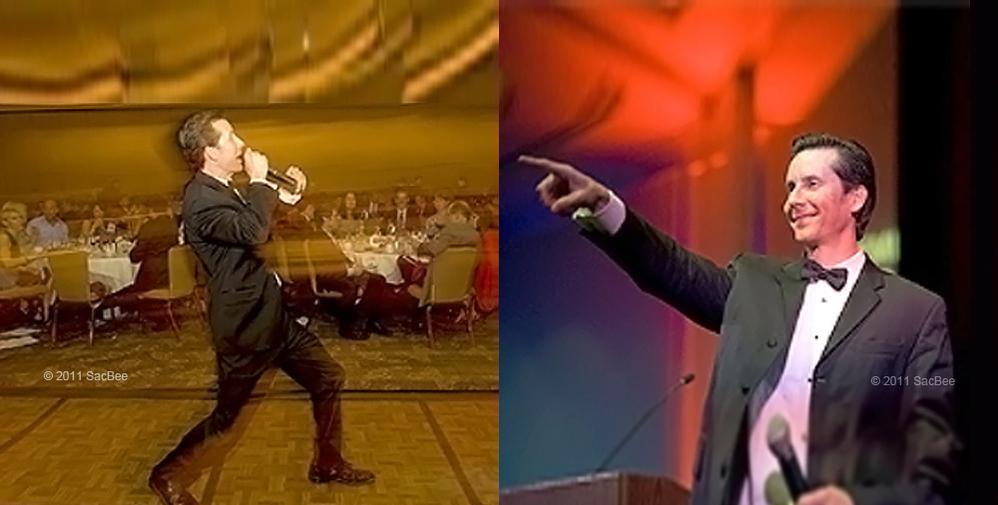 By Jan Ferris Heenan
Photos by Brian Baer
Published: Jun. 21, 2011Auctioneer Keith McLane resembled Fred Astaire as he worked the ballroom at a charity event one recent Saturday night. Suited up in a tux, he moved lightly from table to table, and motioned with long, tapered fingers. He took care never to point directly at a bidder – too in-your-face, he said – instead gesturing solicitously, palms up, as if merely presenting possibilities.

​His zippy patois was more uptempo. It was folksy, schmoozy, occasionally teetered toward cheesy, but you can't quibble with the results. In the first six seconds, McLane turbocharged the price of a Mulvaney's-catered dinner for 12 to $1,000. The bidding stalled at $1,600.

"When you're home eating your Hungry Man beef stew, drinking that pink stuff out of that box in the fridge, you're going to wish you were there," he warned the crowd at a fundraiser for the Leukemia & Lymphoma Society.

The paddles went back up. When the bidding closed, the price was logged at $2,500.

​The Carmichael father of two has spent several years perfecting the art of the spiel. With the tanked economy, KLM Auctions' services are in high demand by some of the most established charities and schools in town, in the Bay Area and even on the East Coast. This spring, McLane helped Sacramento's Stanford Home for Children double its gala auction proceeds over last year. The local Leukemia & Lymphoma Society fared similarly this month, with roughly $25,000 raised during the hourlong auction, which included the Mulvaney's dinner at Bogle Vineyards.

​"Keith really has a clear understanding of how to work the room," said Shannon Sisk, business development director of the American Heart Association, which hired McLane to work its annual Heart Ball in April.

This spring, the paid charity pitchman recorded a personal best, this time for a private school in Brooklyn: a $62,500 bid for dinner served by Mario Batali at Babbo, the TV chef's Greenwich Village ristorante. "Basically, (the event's organizers) said, 'You've got to hit $15,000 or it's going to be embarrassing.' It took me about eight seconds to get up to $40,000 and three more minutes to get to $62,500," McLane said. "Now that was a good day at the office."

McLane started out in the real estate auction business, though not as an auctioneer. When he went to UCLA's business school in the mid-1990s, he stepped up to the mike for the first time for a student-organized Special Olympics benefit. That led to other charity fundraisers, though real estate was his primary concern.

​When he co-founded a home-auction company a decade later, McLane sharpened his skills at the institution that bills itself as "the Harvard of auctioneering," the Missouri Auction School. Most of his classmates were livestock specialists in cowboy hats. They nicknamed him "California" and spent time – a lot of time – chanting tongue-twisters as a group exercise, including the granddaddy of them all: "Betty Botter bought some butter, but she said the butter's bitter."

​Next, McLane went through National Auctioneers Association certification to become one of just seven "Benefit Auction Specialists" in California. That training focused less on the mechanics of auction calling and more on strategies to help nonprofit groups make the most of their events.

McLane does so using a mixture of showmanship and psychology. If the auction is themed, he'll dress accordingly: a white suit and faux leopardskin hat for a disco night fundraiser in Marin County; a captain's uniform for a "Love Boat" affair in the East Bay.

He rarely stays on stage, preferring to move among the crowd and alight occasionally at a table to put the squeeze on a certain bidder. Always a gentle squeeze.

"The key with these fundraising auctions is that you want people to feel simultaneously lucky and guilty but in a non-intimidating way," he said.

It's a tricky balance, and one that McLane struck in April when the Stanford Home for Children held its Vintage 2011 gala at the Arden Hills Country Club.

"The kind of organization we are, we're not very pushy," said Kären Woodruff, associate executive director of development and marketing. "Keith won't leave money on the table, but he doesn't get in your face. He is very genuine."

​The charity auction has become more sophisticated in recent years, involving specialized software, trained callers and "ring men" (bid spotters who help make sure potential players don't go unnoticed) and, invariably, what McLane calls "the tug-at-your-heart appeal": the direct ask for cash, without something like VIP tickets to the Sacramento Kings or a Napa winery getaway in return.

At the Leukemia & Lymphoma Society's recent Man & Woman of the Year dinner at the Hyatt Regency, the "fund-a-need" appeal – strategically held midway through the auction and led off by a volunteer instead of McLane – netted several thousand dollars, much of that in $100 to $500 commitments.

But the real buzz came from the back-and-forth over the tangible items. The pace could be dizzying, punctuated by lulls and plateaus and invariably concluding with a snappy finish.

Bidding for a private suite at the River Cats game started at $300 at the Hyatt event, doubled within 6.6 seconds, hit $1,000 at the 30-second mark and topped out at $1,100. A movie premiere and guest spot on "Good Day Sacramento" personality Mark S. Allen's "Mark at the Movies" was such a hit that two bidders won – at $1,800 apiece.

That was $800 more than Justin Berenstein had expected to pay, and the Carmichael car dealership manager credited McLane. "The guy's fantastic," he said.

The money goes toward a good cause, Berenstein acknowledged, and it also ensured peace at home. "I knew I had to buy it for her. I was happy because my wife was happy."

McLane spends a fair bit of time on the road. He is a managing director for the New York-based Sheldon Good & Company, a real estate auction firm with a West Coast office in San Francisco.

Roughly half of his moonlight work for charity is in the Bay Area, including a bachelor auction in San Francisco this week. In his free time, he coaches his children's sports teams, plays in a local band and kayaks with friends. His wife, Jennifer, is a graphic designer and work-at-home mom.

"If I've got a lot going on and I'm busy, I do a lot better," McLane said. "Nothing good comes out of being bored."

© Copyright The Sacramento Bee. All rights reserved.
View on Mobile